Is Kubernetes Ready for Kafka? 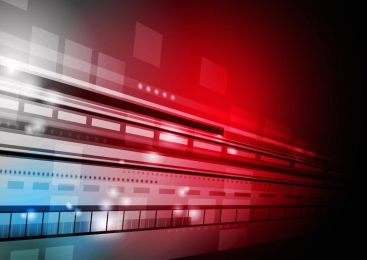 The last Kafka Summit in San Francisco focused on large swaths of discussions around operationally managing Kafka during its upgrade cycle, dealing with large scale Kafka deployments, ensuring recovery and high availability and handling the large data stream ingestion needed by teams who discover Kafka is available in their organizations. Equally important is how to handle the ballooning costs associated with catering to developer teams’ needs for more and better data processing. Companies are struggling with their own successes of deploying and utilizing Kafka in their enterprise.

Kafka Deployments in Containers
Most of the attendees who visited our booth were surprised to find out that running Kafka in containers in production is a reality today. They could not believe the ease of use, performance and most importantly, the manageability they could expect by deploying their Kafka clusters in containers and specifically on the Diamanti Enterprise Kubernetes Platform. The pain points of ballooning costs, scaling, and disaster recovery are all addressed by the technology innovations that Diamanti brings to containers.

By deploying Kafka in Kubernetes, enterprises can expect the following benefits:
• Quick and easy deployment for fastest time to market
• Seamless upgrades with no downtime
• High availability
• With enterprise class container images from vendors like Confluent, it is very easy to achieve elasticity and scale of the Kafka cluster on demand

Supercharge Apache Kafka with the Diamanti Enterprise Kubernetes Platform
With Kubernetes on a hyperconverged infrastructure like Diamanti, the true potential of Kafka can be unveiled. This is the only way you can really push the limits of Kafka. In order to highlight the level of performance that can be expected from a Kafka cluster running on the Diamanti Enterprise Kubernetes Platform, we demonstrate the most conservative numbers that can be expected with a containerized Kafka cluster.

The test used a 3 node Kafka cluster with 6 CPU cores and 32 GB RAM each running a mix of replicated and non-replicated topics. The goal was to show that combining bare-metal and Kubernetes results in a highly performing and easily scalable Kafka deployment which allows business units to consume, process and analyze data, thus enabling quicker decision making.
• Producers can write topics at approximately 3 million writes per second
• Very low and deterministic write latency of 10 milliseconds
• Consumers can read topics at approximately 6 million reads per second

Using Kafka is becoming a defacto necessity in today’s world of fast moving data from multiple sources. It is the driving force behind business intelligence, web applications, IoT and others, as the single point of ingestion and retrieval.