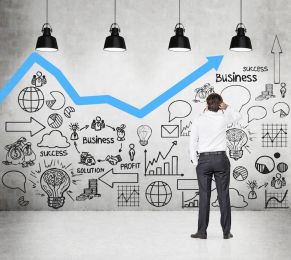 With the nascent stage of the data revolution past us, organisations are entering a new level of proficiency in handling data expertly. Gone are the days when organisations could handle data and extract insights out of it, without the presence of an analytics platform.

The importance of enterprise analytics platforms have grown over time, to such an extent that they are considered imperative for storing and analysing data today.

As a member of the SAS Collaborator program, I had the luxury of receiving insights from an extended SAS survey announced at Analytics Experience Milan assessing the likelihood of organisations going for analytics platforms and the motivating factors behind such a strategy. The research consisted of two parts, with the first one including interviews from over 132 government and business organisations.

The second part consisted of an online global survey that attracted 477 respondents, all of whom came from a qualified background. The results were quite interesting and validated the importance of analytics in organisations currently. Over 80% of all subjects said that the topic of analytics had reached the boardroom within their organisation.

Adding Value
To start off we asked respondents about the value that analytics had added to their business model and efficiency. Seventy-two percent of all respondents stated that the use of analytics in the organisation had helped them add value. This value was added through visible improvement in the core business operations. Some organisations also stated that analytics had helped them in launching entire business models.

Challenges
We’ve all talked and read/written articles on the challenges that persist in widespread data implementation and analytics across organisations. Not all companies have the talent or governance to use data. Data management still remains a struggle for most organisations, so some eventually take the ultimate decision of avoiding analytics at a higher scale.

We asked many of our online survey and physical interview respondents to indicate the confidence they had on four data-related matters. The thought process was to ascertain the number of people who were confident in assessing challenges and recognizing the perils they contained. The matters were trust, accessibility, sharing and integration.

Interestingly, respondents were least confident of the integration provided by analytics. Respondents believed that data is often siloed and should be better integrated at all levels. The confidence level was relatively higher when it came to trusting systems, as trust levels achieved a 3.68 rating out of 5. Respondents also showed skepticism while rating accessibility and sharing, as both the matters were rated 3.22 and 3.02 respectively.

In addition, many respondents believed that an analytics platform improved decision making, and also reduced the time spent on doing so. Analytics platforms have helped data scientists, in particular, across organisations, and have increased access to various data sources and hardware. They also improve integration by deploying models that can be accessed by any environment, via an API.

Additionally, many respondents also believed that analytics platforms have reduced the effort that it took to generate insights out of the system. The insights are now generated quicker than before. “Results coming from the analytical platform are used at board level too. The main benefit for them is that they receive requested information much faster now; information is produced in one day now instead of 30 days before”, stated one senior professional in the in-depth interview.

Enabling Teamwork and General Confidence
The team looking after the analytics platforms in an organisation typically consists of data scientists, IT decision makers and business sponsors. We asked some of these team leaders to assess some matters related to their business’s ability to derive value out of analytics and rate their confidence on a scale of 0 to 10.

These strategic team leaders showed a fair degree of confidence here. The most confidence was seen in success within the field of analytics/data science and statistics, as it was rated 7.2 by the experts. The total confidence rate was 7.0; which is fairly decent, considering the limited time that analytics platforms have been around.

“We still have a few issues, with model deployment being the biggest one. But also, data accessibility or IT security stays a challenge,” said the head of analytics from a public-sector firm.

Knowing that the workload of analytics is bound to increase in the future, we asked our respondents how prepared their organisations were for the future. The rating system was the same as above, with respondents asked to give ratings from 0 to 10, with 0 being the least prepared and 10 being exceptionally well prepared. The total average for this case was 6.3, which meant that there is still room for improvement in what they can do, and how they will work in the future.

“We are nowhere near machine learning within AI; it is far beyond our horizon of thinking right now. Once we have the right governance around that and are comfortable with the different information we can then start learning. Getting the foundation right first is important,” said one survey respondent.

You can click here to view the results of the survey in full.

This blog was produced as part of the SAS Collaborators Programme.