Governance and Compliance in the Age of Self Service 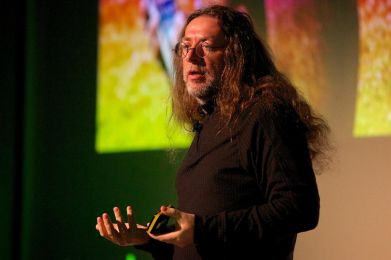 In recent years, relations between business users and IT have changed dramatically. Beginning with mobile devices, but now extending to apps, infrastructure and even data, users now have simple access to better technology and faster upgrades than IT can provision. Notably, business analysts have embraced self-service business intelligence “with or without IT’s permission,” as Gartner noted.

In the past, it was only IT departments who could deploy the expensive storage and computing power needed for effective analytics. Only IT understood the technical issues and, very importantly, only IT could secure the data and the resulting analysis to ensure the right people had the right insights.

In truth, there was always a “dark side” to this model. When developers struggled to manage the analytics lifecycle quickly enough for agile businesses, business users simply used Excel as a good-enough tool, often copying or exporting from reports for further analysis.

Excel was effective, but dangerously ungoverned. Weak analyses or even confidential data could proliferate in the shadows of an organisation. More developed self-service BI tools such as Qlik, Tableau or Microsoft PowerPivot brought this dark side into the light, and into the mainstream of enterprise analytics. These tools primarily used visualisation to enable users to find patterns, and communicate insights easily and effectively. In-memory storage brought data handling and computing power to the desktop that was once only available in the carefully-managed server room.

Yet with all this power, basic problems of governance and compliance remained.

What can IT do, to manage this rapidly changing environment?
Firstly, we should recognise that IT will still deliver mission-critical intelligence. The enterprise data warehouse will be with us for year-on-year consolidated financial reporting, tax analysis, HR and other well-defined, strategic analyses. Data Warehouse Automation tools and Logical Data Warehouse architectures enable IT to efficiently design and maintain these environments. But these technologies also help IT to move into a new and very productive role.

In the past, as we have seen, IT provisioned the full lifecycle of analytics, because they alone could. In addition, administrators secured systems, offering “data access” as needed and as permitted. IT departments took their role of “gatekeepers” very seriously, as well they might, to the extent that business analysts were too often frustrated that they had limited access to essential data.

Frustration with the IT gatekeepers led to professional tensions and frequently to exactly the “dark side” of ungoverned data-sharing that the controls were meant to avoid. Spreadsheets got out of control, because they were the only tool left to the analysts that IT could not lock down. With self-service, we simply need a new approach. IT must move from being “gatekeepers” to “shopkeepers.”

A gatekeeper aims to keep the wrong people out. A shopkeeper invites the right people in: preparing, presenting and provisioning their goods to encourage their appropriate use. In IT terms, a data provisioning team, equipped with automation tools, can rapidly and effectively build models designed for business users to serve themselves from.

Rather than opening the gate to give users access to source systems, a functional team can instead provision data out for the users: cleaned, consolidated and even anonymised as needed for effective analysis and good governance.

What IT doesn’t need to do, is to prepare every source for a specific use case. The business analysts use their own tools - perhaps even the tools of their personal preference - to serve themselves to those solutions. IT monitors the use of these models and, with automation to help, can iterate new sources, extensions and enhancements with greater agility compared to having to rebuild the entire analytic supply-chain for every change.

In this supply-chain model, where IT act as shopkeepers, they still play the major role in ensuring compliance. Their oversight includes managing the deployment, user permissions, server performance and scaling of the self-service environment. But they must also understand what data sources analysts use, who they share their apps and visualisations with, and how the data is prepared and refreshed. Automation plays an essential role in the process.

Remember that IT still provide the mission-critical analytics such as financial reporting. They still stand as gatekeepers of the inner sanctum.

But much of the work of business analytics can be handled with a lighter touch - still secure and governed - with a new provisioning approach: not only more agile, but simply friendlier, metaphorically and literally, to the rest of the business too.

Donald Farmer, Principal of TreeHive Strategy, will be presenting at the Data Warehousing & Business Intelligence Summit, on March 20 and 21 in Utrecht, Netherlands.

Donald Farmer, principal of TreeHive Strategy, is an internationally-known advisor to analytics vendors, investors and enterprises. His background is very diverse, having applied data analysis techniques in scenarios ranging from fish farming to archaeology. He worked in award-winning start-ups in the UK and Iceland and spent 15 years at Microsoft and at Qlik leading teams designing and developing new enterprise capabilities in data integration, data mining, self-service analytics, and visualization.
Donald specializes in helping his clients to develop advanced strategies for analytics, innovation and design, especially taking advantage of new technologies and techniques.

Donald Farmer, principal of TreeHive Strategy, is an internationally-known advisor to analytics vendors, investors and enterprises. His background is very diverse, having applied data analysis techniques in scenarios ranging from fish farming to archaeology. He worked in award-winning start-ups in the UK and Iceland and spent 15 years at Microsoft and at Qlik leading teams designing and developing new enterprise capabilities in data integration, data mining, self-service analytics, and visualization.
Donald specializes in helping his clients to develop advanced strategies for analytics, innovation and design, especially taking advantage of new technologies and techniques.